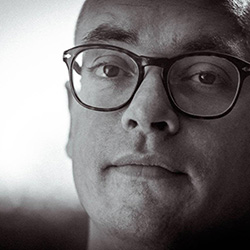 Seasoned front-end developer with a keen eye for design and accessibility.

Can perform stack and front-end performance analysis and optimisations.

Can give security advice and do audits on application security hardening.

Experience in setting up continuous integration and continuous delivery pipelines.

Development and architecture of the web systems employed by a network of entrepreneurs. Education and assessment of fellow developers on new technologies.

Support of education with new media in both the classroom and online. System administrator of the electronic learning environment Blackboard. Assistance of both lecturers and students in new media projects and initiatives.

Front-end restructuring and back-end development for nlgroeit, a platform to connect successful business owners with one another in mentor / mentee roles.

Online verticals multinational OLX started a global marketplace for heavy machinery in 2017. We grew this platform to be market leading in volume within 6 months of launch, containing about half a million ads in multiple countries.

Dutch mail and parcel distributor PostNL has a wide range of APIs that developers can use for parcel tracking, postal code lookups, and much more. For reference to developers we built a portal containing extensive api documentation and a sandboxing tool to test api functionality.

The company site we inherited was built by inexperienced developers. We restored maintainability by unhacking the code, setting up a proper multi-site environment, implementing multilingual modules and workflow. Other assignments included updating the themes to a new layout, migrating content and supporting their in-house developers.

As a freelancing associate of 2Value I've been employed in many roles: developer, consultant, trainer and tester, to name a few. I've built various implementations of their company website and several internal applications. Among these are a webshop, a wiki, a payment and accounting system and a project management platform.

I've have been training of both Drupal and Joomla developers in using proper development tools and strategies such as: Git, Subversion, DTAP. To get more Drupal expertise within 2Value's developer network I've set up a Drupal junior developer course spanning a week of full time training and a month of applied mentoring.

Audit and development of two maps platforms of the Dutch provincial governments to publish geo-information concerning the location and details of both industrial zones and water quality.

Website redesign and Drupal upgrade of the Zuyderland hospitals in Limburg, the Netherlands.

The museums of the "Joods Cultureel Kwartier" in Amsterdam wanted to have a joint inventory and information display on this decoupled Drupal website containing a large quantity of images and texts.

Cooplace is an extranet provider. Loosely based on the Open Atrium distribution of Drupal we've built a multisite solution which allows organisations to rent their own extranet and configure needed functionality. Each client is given their own stack and content is aggregated in a central portal via services.

Insurances and financial products for the medical sector

The Dutch chapter of the international Salvation Army has a wide range of products in an ubercart shop. The shop needed upgrading, and some reporting features.

Community sites with information on the life and works of Vincent van Gogh.

This was my first big Drupal assignment back in 2007. I developed the content structure using CCK, added a workflow to upload product artwork, set up a major categorisation scheme. Despite the company's fame, CMS based websites were somewhat of a novelty to them. Their new website drastically changed the way they communicated to their consumers. We've also migrated the website from Drupal 4 to 5.